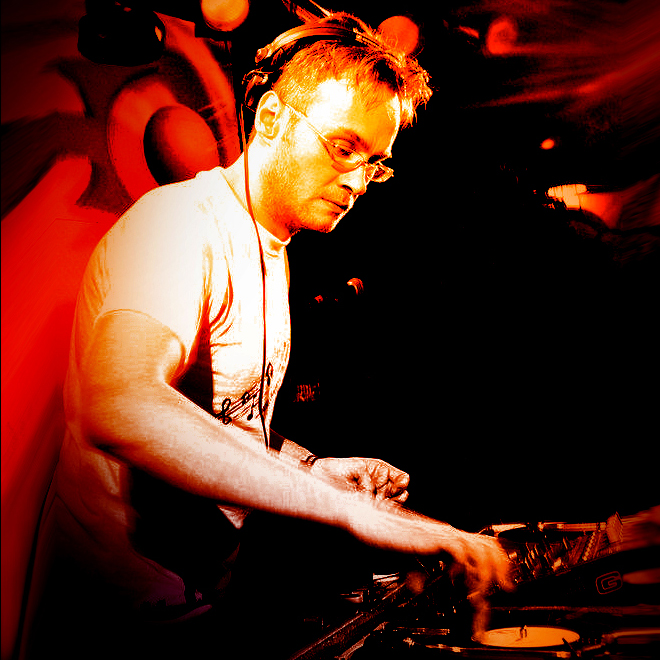 Considered for his distinguished and sharp style, Dj Yanix captivates the public with a minimal electro and inexorably mesmerizing music.

• In 1993, Yanix discovers the electronic music out of curiosity in the rave parties. A few months later, he buys his first decks and quickly falls in the mockeries of the mix. But it is during the Technokrates parties that he discovers the pleasure to play quite freely in front of an audience.
• In 1998, he travells in Thailand, where a residence of a month to the Butterfly in Patpong is proposed to him. He is then invited South of the country to participate to Half-Moon and Full-Moon parties, on the beaches of Ko-Samui.
• Back in France in 2000, he creates with friends the Electro Soft System group. Inspired by his diverse journeys and experiences, he makes up with them about twenty moved titles, accompanied by a classic violinist. They occur then in numerous Parisian clubs, including Batofar.
• Instigator of the private parties of the Manor House, Yanix becomes the resident Dj. These parties continue even today.
• In June 2006, he is invited by the French Alliance to realize a tour of one month in Colombia with his friend Dj Cedricou. They give together about twenty concerts in eleven different cities (Bogotá, Medellín, Cali, Barranquilla, Cartagena, Popayán, Perreira, Armenia, Cartago, Manizales and Santa-Marta). This tour is the opportunity to share their music with a very wide Colombian public, in places as prestigious as Kasa, Pharmacy, el Teatron, el Mint, el Teatrino Tertulia, el Milenio, el Coffee del Mar, Quinta San Pedro Alejandrino, el Cielo… They gather in particular more than 3000 people during the Medellín Music Festival.
• In 2007, he puts his luggage in Colombia, where he plays in numerous clubs.
• In 2010, Yanix joins the Trancinetik collective.
• In 2013, he also joins the Old School but Good School collective.
• In 2015, Yanix keeps making up tracks and regularly mixing with his Dj friends… in places as 114, the Leopard Coffee, the 4 Elements, the OPA Bastille…