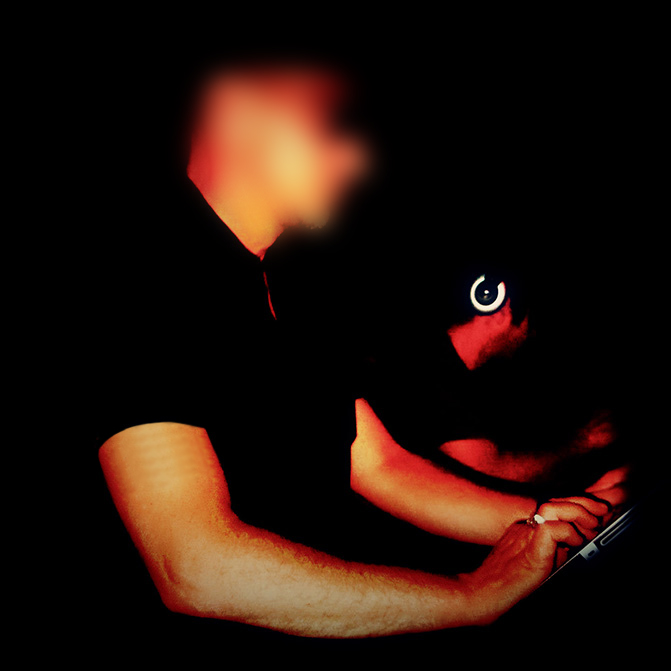 Big amateur of wefts, pigments, pixels and free photons, Vj Xylax appears as a mixer of images. His universe comes around mechanical and alchemical processes, body movements and digital technology…

• Xylax begins his pictorial researches at the beginning of the 90s, mixing painting and computer graphics.
• In 1994, he takes part in Brussels to the organization of the parties Explora at Fuse and Mystic at Mirano. With his friend Aurel, he delivers several monumental sculptures and participates to the realization of an experimental movie of 2h45, Cyber 1, then shown in diverse Belgian and French clubs.
• In 1998, his exhibition “Target and light” is presented to the museum of Valois and the Archery (Crépy-en-Valois). He realizes on this occasion several sculptures as well as a rider of metal.
• In 2002, he participates in the realization of the video triptych Traverses for Monum (Historic monuments), shown in the castle of Pierrefonds for the exhibition “le duc violet”.
• In 2006 he joins the collective Working Class Dj’s as a Vj.
• In 2007, he participates in the launch of Trancinetik with his friend Aurel, Eldon and Cedricou.
• In 2009, he is invited to play in Tokyo Decadance (Glazart, Paris).
• In 2012, Xylax occurs beside Manu le Malin and Clement Meyer in Batofar.
• Since then, he continues his participation in the Trancinetik parties.